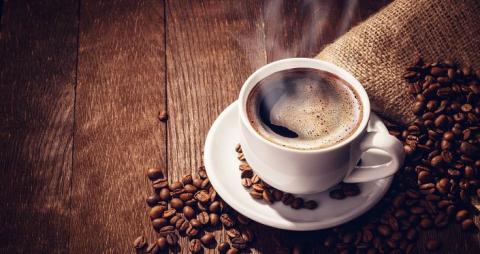 Surely, more than once, you have taken a cup of coffee to clear yourself while you are working or studying. Do you know why it happens? Essentially, caffeine increases brain activity by increasing, among other substances, dopamine levels. In this way, it also makes us more alert. It has even been observed that habitual coffee users obtain better scores in memory and intelligence tests.

Likewise, caffeine that contains a cup of coffee increases adrenaline, therefore, it helps us improve our physical performance and have more resistance to a special effort.

It is important to note that coffee consumption reduces the chances of suffering from certain diseases, such as diabetes. In fact, it has been shown to reduce the risk of this pathology by between 25 and 50%. Also, a moderate consumption of coffee manages to improve blood flow, so it helps prevent the possibility of suffering a myocardial infarction. Of course, it is interesting to note that you can not consume more than 4 cups a day, since an excess of coffee can cause an increase in blood pressure.

Similarly, some scientific studies have shown that regular consumption of this beverage, in moderate amounts, can reduce the risk of neurodegenerative diseases, such as Alzheimer's and Parkinson's, thanks to the effect of caffeine.

Did you know that coffee is also laxative? In fact, many people take it regularly to ensure a good intestinal transit and combat their problems of constipation.

Another beneficial property of drinking coffee is that there is less chance of suffering from depression. It has been shown that people who are truly coffee makers have a 20% lower risk of suffering from this mental illness.

And finally, it is also important to highlight the therapeutic properties of coffee. This drink also acts as a bronchodilator, since caffeine has an effect similar to a drug such as theophylline, which is commonly used to dilate the bronchi in people with asthma and respiratory problems, in general. Even, it is a good analgesic, since, among the properties of coffee, it includes the relief of all kinds of pain (even annoying migraines).